When you read an eBook on VitalSource Bookshelf, enjoy such features as: Access online or offline, on mobile or desktop devices Bookmarks, highlights and notes sync across all your devices Smart study tools such as note sharing and subscription, review mode, and Microsoft OneNote integration Search and navigate content across your entire Bookshelf library Interactive notebook and read-aloud functionality Look up additional information online by highlighting a word or phrase. Institutional Subscription. Free Shipping Free global shipping No minimum order. Definitions—Section 3 of the Telecommunications Act of 3.

Encryption Export Restrictions 9. Heitkamp Wick, 94 F. Johnson, Civ. Q2d E. Reno Reno III Offers authoritative coverage from a lawyer and telecommunications authority who has been working in the field for over three decades. Examines telecommunications law in the U. Presents an unparalleled source of information on international trade regulations and their effects on the industry. Covers the modern telecommunications issues with which most companies are grappling: wireless communication, e-commerce, satellite systems, privacy and encryption, Internet taxation, export controls, intellectual property, spamming, pornography, Internet telephony, extranets, and more.

Provides guidelines for preventing inadvertent violations of telecommunications law. Offers guidance on fending off legal and illegal attacks by hackers, competitors, and foreign governments. Helps you do more than understand and obey the law: helps you thrive within it. Powered by. You are connected as. Connect with:.

Use your name:. Thank you for posting a review! We value your input. Share your review so everyone else can enjoy it too. One from distributors, who see the benefits of accessing global markets.

As I mentioned, the increase in foreign investment in production in Canada is staggering. While much of that stems from foreign location and service production that supports thousands of jobs, foreign investment in Canadian television production has also almost doubled over the last five years. In sum, the data confirms there had never been more money invested in film and television production in Canada and, far from representing a threat, the digital environment has provided new opportunities for Canadian creators to thrive.

Finally, what is next for broadcasting and telecommunications legislation? First, ensure affordable access for all. As the committee works through its study, it must keep in mind that all the benefits of the Internet depend on all Canadians having affordable access.

The imposition of new taxes or fees for Internet access will invariably mean that Canadians pay more for those services. With a quarter of low-income Canadians still without access, often due to affordability concerns, and Canada with some of the highest wireless prices in the world and the lack of competition that Professor Winseck highlighted, imposing new costs risks increasing and growing the digital divide in Canada.

Second, maintain a level playing field through strong net-neutrality rules. You also heard this from Professor Winseck. Existing rules have been interpreted to include net neutrality but we would still benefit from unequivocal legislative direction to support and enforce net neutrality. Some commentators have raised the possibility that Canadian cultural policy might benefit from zero rating Canadian content, that it would not count against your data plan. In other words, rather than relying on net neutrality rules to ensure Canadian content benefits from a level playing field, perhaps we should tilt the rules in favour of Canadian content by mandating that domestic content not count against monthly data caps.


I believe Canadian content can compete with the best in the world and that our regulatory rules should ensure a level playing field to allow it to compete fairly with content from around the world. Third, Canadian broadcasting and telecommunications laws should keep pace with the changing digital environment. Rules that grant the CRTC the power to decide which channels may operate in Canada should be repealed. Instead, the commission should concentrate on consumer protection and marketplace competition.

The consumer protection issues should include regulations maintaining maximum consumer choice through things like pick and pay models, truth in advertising in communications services and tough action against deceptive practices, as is the subject now of a CRTC study. Fourth, we should reject new fees or taxes on Internet access and services.

An Internet, or ISP, tax is largely premised on the argument that ISPs and Internet companies owe their revenues to cultural content accessed by subscribers and they should therefore be required to contribute to the system much like broadcasters and broadcast distributors. As previously discussed, however, the Internet is about far more than videos and listening to music.

Governments can and do support Canadian content through grants, tax credits and other subsidies, but foisting support on monthly Internet or wireless bills stretches the definition of the conventional broadcast system beyond recognition. Fifth, we should reject calls for website or content blocking. The recent proposals Professor Winseck mentioned along the lines that have been submitted to the CRTC have been disproportionate, harmful, inconsistent with international standards and they violate Canadian norms.

Indeed, website blocking would bring major costs and negative implications for freedom of expression, net neutrality, affordable and competitive consumer Internet access and balanced enforcement of intellectual property rights. I look forward to your questions. The Chair: Thank you very much to both of you. Senator Griffin: Thank you. I also find the prices in our province are relatively high. You mentioned they are high in Canada in general. Winseck and Mr. Geist, both of you can take turns.

In this case, we are talking about something called mobile virtual network operators, those that will provide a mobile service over the networks. That would help to create service level competition without having to build redundant networks at the four corners of Prince Edward Island, which is just a silly idea. Those are a starting point. Geist: You asked for two. Fundamentally, this is a competitive problem and we see that. The reality in Canada is that there are different prices between provinces, and we do have provinces where there is more competition and we unsurprisingly find that pricing is better.

What you end up with is how you foster greater competition. One possibility on the wireless side is what is known as MVNOs, mobile virtual network operators. These are operators on the existing network but can distinguish themselves by finding ways to compete. 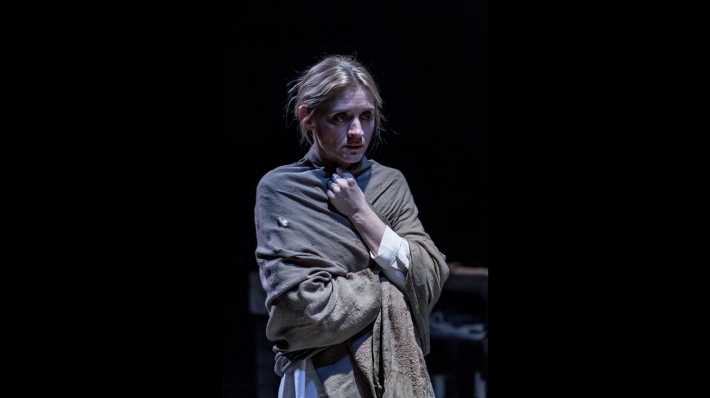 They have to still make any number of different investments in customer service, in certain network aspects and the like, but sometimes they can compete in areas where some of the existing incumbents have been earning very fat profits. The other possibility is where competition does not work, we need regulation. We need a more aggressive CRTC. In fact, I think we saw a perfect illustration over the last couple of months, when the government required the CRTC to conduct a study on low-cost data plans and data-only plans, the idea being that many Canadians who otherwise cannot afford these services would be happy with a plan that is data only, and they would use a number of data-based services as a mechanism for their communications.


I think those proposals are still not good enough, but what it highlights is when they are faced with pressure of real regulation, they respond. Senator MacDonald: Thank you, gentlemen, for your testimony here today.